Grand Theft Auto 5 (GTA V) is the most successful release in the massively popular GTA franchise from Rockstar Games. It first came out in 2013, and the mobile players have been awaiting GTA 5 Mobile version ever since. It’s 2020, and the speculations have again gone up after several websites have been claiming to provide you GTA 5 on your Android or iOS mobile.

If you have seen something similar, and want to know the reality, this post is specifically written for you. Here, I will explain if the GTA 5 Mobile version exists or not?If it exists, then how to play it? And, if it doesn’t, then when will it be available? All your questions will be answered here.

What is GTA 5 Mobile Version?

We have all grown up playing GTA games such as GTA: Vice City, and GTA: San Andreas. After growing up, a new game known as Grand Theft Auto 5 (GTA-V) was released in 2013 for consoles. Then, they also released the PC version of the game in 2015. Since then, the game has stayed among the hot trends on the internet. And, the mobile players have been waiting for Rockstar Games to launch the mobile version of GTA 5.

GTA 5 Mobile is the speculated Android and iOS version of GTA 5 by Rockstar Games. The publishers haven’t made any official announcements yet but the fans are lacking patience. It is one of the most awaited mobile games to come but the problem is that there isn’t a fixed timeline.

GTA V is one of the most popular games in the world. Players love it and rate it as one of the most addictive games. The game is currently available for consoles (PlayStation 3, Xbox 360, PlayStation 4, and Xbox One) and Windows PC. It will be released for PlayStation 5 and Xbox Series X in late 2021. The mobile version of GTA V does NOT exist currently.

You can only play it on any of the mentioned systems. Rockstar Games haven’t released a GTA V version for Android or iOS devices yet. However, the fans have been speculating for it for a very long time. But, they haven’t even provided an official announcement yet. There are only rumors and speculations going around.

When you search for GTA 5 Mobile, you will see several websites claiming to provide you the GTA 5 APK file. They claim that you can simply download and install it to start playing the marvelous Grand Theft Auto 5 on your smartphone. This has left a lot of players wondering if these websites actually help or not. Here are some of the snapshots of the website that we tried to find out the truth:

We’d like to inform you that All such websites claiming to provide you the GTA V mobile version are FAKE. These websites are illegitimate, fraud, and scammers who will only harm your devices. STAY AWAY FROM THEM. The files you download may infect your system with threats. So, don’t waste your time with these.

Which GTA Games are Available on Mobile?

You can play these on your mobile devices and enjoy the true GTA experience.

Which GTA Games are Not Available on Mobile?

Along with GTA V, there are several other GTA games that haven’t been released for mobile devices. Some of them are now obsolete and their chances of making an appearance on mobile tend to zero.

GTA IV and GTA V could come on mobile anytime in the future. However, we can’t predict the month or year just yet. While the other games being released on mobiles is a far-fetched option. I really hope that they release GTA: London on mobile and not drop it. It is a seriously under-rated game.

Will GTA 5 be Ever Released on Mobile?

GTA V has been the biggest hit for Rockstar Games since 2013. They have already sold more than 130 million units of the game. The GTA 5 sales sum up to be around 40% of the total GTA franchise sales. That is huge for any game. Being such a massive success, we can definitely await its entry on mobile devices. Rockstar Games have also occasionally entered the mobile games market by releasing GTA titles as well as Non-GTA titles such as Bully, and Max Payne.

However, they never really focused on the market. They have always overlooked it. But, they can overcome this by re-releasing GTA 5 for mobile devices as it will be a massive hit. It could instantly become one of the most downloaded mobile games of all time. Although, we can only predict.

When Can We Expect it to Come?

This is the toughest question for anyone, except for the decision-makers at Rockstar Games. Though we can try to crack the code. Rockstar Games have previously re-released mobile versions of classic GTA titles such as GTA: Vice City and GTA: San Andreas, and others on their 10 year anniversaries. GTA: Vice City was released on 29 October 2002 and its mobile version released in November 2012.

Similarly, GTA: San Andreas was released on 26 October 2004, and its mobile version was released in 2014. By that logic, we can hope for GTA 5 Mobile version to be released sometime in 2013, or maybe in 2015. So, we’d have to wait until it gets 10 years old at least. Until then, we can enjoy it on our PC and consoles.

Will GTA V be Able to Run on Android or iPhone?

GTA 5 will have a tough time running on an average mobile device. It would run smoothly on select mobile devices. My pick to play it would be the latest iPad Pro, but that is a tablet. Mobiles don’t have enough processing power and memory to run a game as big as GTA 5. But, technology is constantly evolving. We can never rule out the possibility of mobiles finally taking over consoles by looking at the pace of progress.

We have seen other games developed for PlayStation 3 and Xbox 360 running on mobile like Fortnite, Limbo, Minecraft, and others. However, they are not as heavier graphically as GTA V. So, mobile devices will too have to evolve and the game will have to be heavily optimized to be able to run smoothly. 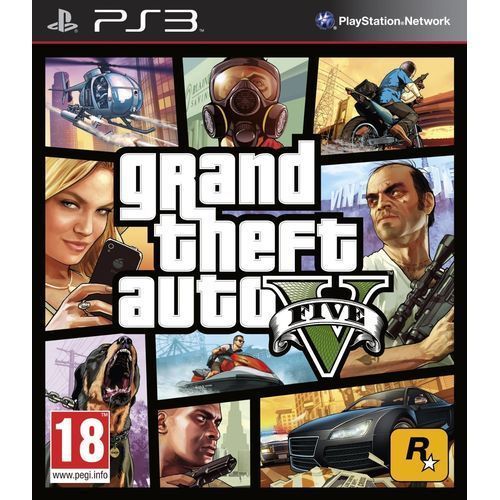 GTA 5 DOES NOT have a Mobile version. You can only play it on Xbox 360, Xbox One, PS3, PS4, and Windows PC as of now. The websites claiming to provide you the mobile version of GTA V are fake. Don’t visit them as they may harm your devices. We can only wait for Rockstar Games to finally re-release GTA V for mobile devices. Until then, we can enjoy the other titles they have already released.