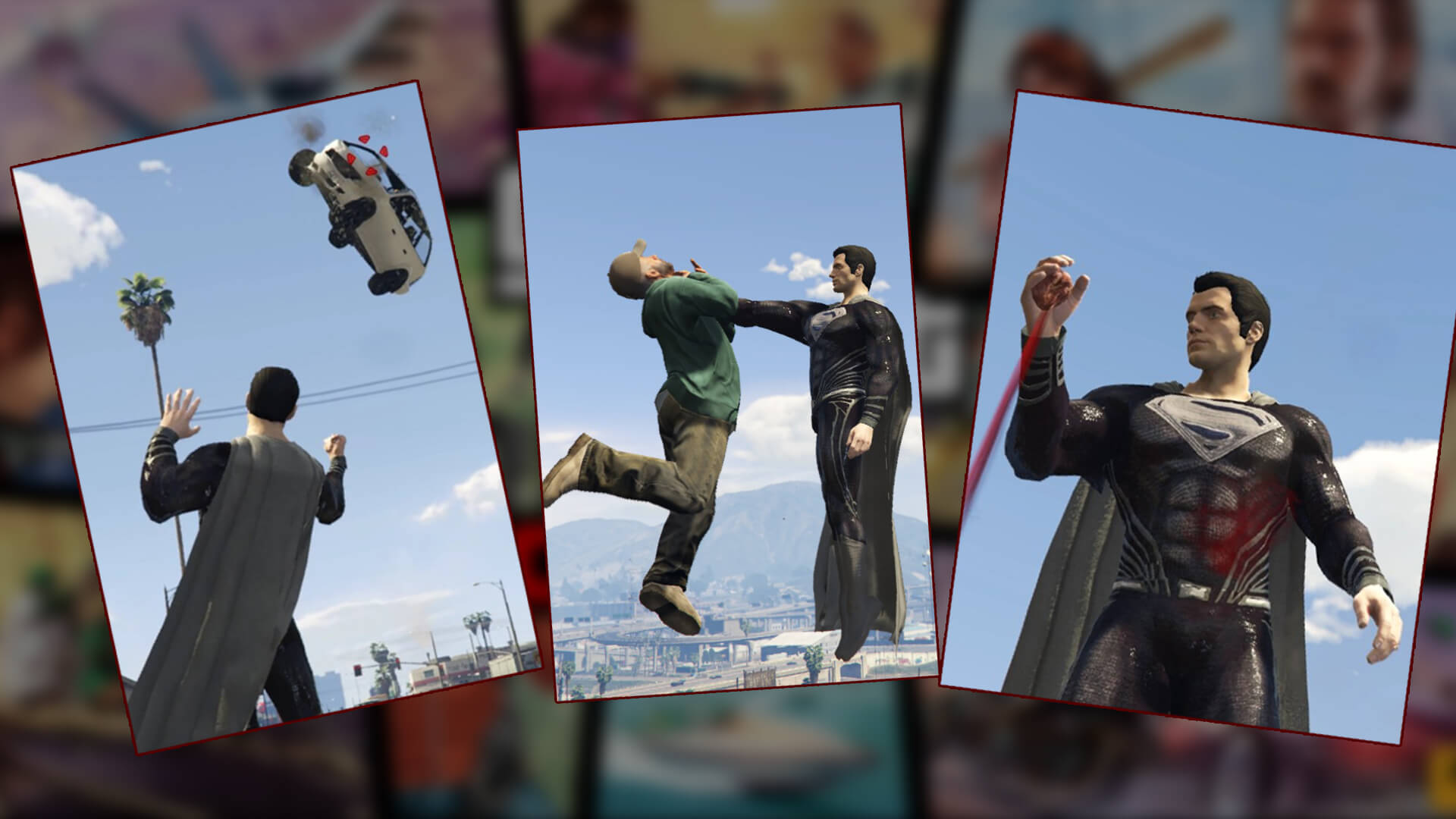 Changes in v1.3:
- Fixed big FPS drop issue that was happening with some users

The Superman Mod for Grand Theft Auto (GTA) IV is a simple addition that gives characters the ability to soar through the skies. This is just one of a handful of mods that are focused on adding Superman to Liberty City. The main drawback of the mod is that it can be very difficult to install especially for people without technical knowledge. It requires modifying the initialization files for the game. Additionally, the Superman Mod will not work with most trainers or with certain other mods. This can be frustrating for some players who have customized GTA IV over time.

The main feature the Superman Mod for GTA IV adds is the ability to fly. The main character can be launched into the air by pressing the F5 key. The keyboard is used to accelerate and decelerate. The mouse is used to maneuver the character. Later versions of the mod include a trail of orange smoke that follows the avatar while flying. Players can still perform most basic actions while flying such as using weapons.

The mod is not perfect. There are problems when the character gets in and out of water. No special Superman or Clark Kent models are included. The flying characters are the same ones included in the main game. Some versioning issues with the GTA IV installation can cause random crashes. Finally, there is no collision detection while flying so it is possible to go through buildings and the scenery.

The Superman Mod for GTA IV is a fun addition to the game. It gives players the chance to see Liberty City in a new and interesting way that is not really possible even from a helicopter. It also makes exploring some of the lesser-known parts of Liberty City easier. The mod is a good choice for anyone who wants to add a superhero to the game world.